The Beginning of the End- Quote

“Better is the end of a thing than the beginning thereof: and the patient in spirit is better than the proud in spirit.” – Ecclesiastes 7:8King James Version (KJV) 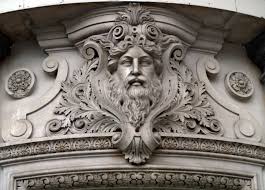 Many moons ago, a wise king decided to write a book called Ecclesiastes. I decided to use a quote from his writings. This quote was written by one of the wisest men to ever live, King Solomon. He wrote the book in self-reflection and contemplation.   For supportive reasons in philosophical teachings, I used the wisest man ecclesiastics as the opening quote for my book.

“Better is the end of a thing than the beginning thereof: and the patient in spirit is better than the proud in spirit.” – Ecclesiastes 7:8King James Version (KJV)

The quote isn’t necessarily used to say that the end of the world will be better than its creation.  Assuming you saw the book cover image, which is a nuclear explosion spreading fire and debris. I intend to use the quote in a broader context for all the problematic analysis that is covered throughout the book. The plot exposes many of our present social and personal disorders; racism, alcoholism, capitalism and terrorism. The quote is also fitting because, as a story-line climaxes, it soon ends. Then another character’s life is introduced.

The story starts with a woman named Robin, realizing that she was close to the end of her life. She could see her beauty fading and feel her health diminishing. In her assessments, she made an irrational decision to force her husband to spend time with her, before it was too late. As a result, a chain of negative events happened that forever changed her life.  The story-line emphasizes how we should love older age and embrace that we are survivors. God made a way for us throughout the years!

“The quote is also fitting because, as a story-line climaxes, it soon ends. Then another character’s life is introduced. “

Robin’s story was a main focal point because the fear of mortality is a problem within society. People don’t realize that life is eternal. When a person understands eternal relationships, they will not make fear based decisions. They embrace the beauty of their older age. Elders express the wisdom earned over the years, to those coming behind them. In turn, the youth benefit with purpose enriching their lives. Senior citizenship is a great time to see your grandchildren, full of energy, ready to carry out your legacy.

Another topic included within the story is trust. Denise and Robert are newlyweds that still hold secrets. Openness and true love can surpass all negative connotations that trouble marriages. Being honest and trusting your partner’s judgement are the best ways for a relationship to work. Both people must come to grips with their goals and share them with their counterpart. Dishonesty festers a lack of faith in your spouse, which is the beginning of the relationships destruction. To improve the end results, Denise and Robert finally humbled themselves to each other and God.

Regarding capitalism, the mentality of Tibb’s Plastics company forgets the contributions of employees. Corporate America is not aware that most CEOs are just a step away from poverty and struggle. The CEO Oscar’s experiences emphasize that we are all the same.  Business owners withholding proper distribution of wages and bonuses create hostility – and Karma may come. The result of more CEO’s perception shifting, could transform the imbalance of wealth and poverty. The beginning of a fair economy, and the end of corporate slavery, is a start. The planet has enough resources to provide for all the people. No longer should the 1% hoard all the wealth.

Another character named Morgan suffers from alcoholism. During the quarantine he gets sober. He realizes that memories and abilities he treasured, are slipping away. He revels in happiness comprehending that water is a cure. Better was the end of Morgan’s alcoholism, then his beginning drunkenness.

Most drug abusers chase the better high. They seek false happiness, instead of dealing with reality. Oh, how much better it is for a sober father to be off meth and back with his children. They can love him and again trust his judgment. An alcoholic that restrains from drinking restores good liver and kidney functions. The benefits are enjoyed by an ex-smoker, who can receive and process the Prana. Their lifespan is statistically prolonged. Beginning the use of those intoxicants commenced the ruin of the body and relationships. It is better to end those habits.

Next, we journey with an African American, male, named Kerry James. He experiences racial stereotypes by coworkers in the workplace. However, Kerry is able to overcome. He perseveres, by way of diligence, focus, and understanding.

As the crisis boiled, and the poisonous quarantine lagged, Kerry continued his maintenance work inside the building. Coworkers began losing morale, due to witnessing death. Kerry focused on solutions. At one point, a Caucasian, male, coworker pointed a gun at him. Kerry talked to the man until he was able to see that we are all products of our planet. So, the man lowers the gun and begins hugging him. He and his wife agree to join Kerry’s crisis council. The focus of the meeting is unity and regrouping as a community.

Kerry’s journey emphasizes how communication encourages mutual understanding. He invites and motivates others, as he reaches an epiphany, both psychologically and spiritually.

Presently, in this country we are seeing flashes of different groups, expressing their need to be violent and separate. However, we are all of the Same Spirit, hoping that our children will be able to live in peace. This is what made Kerry’s epiphany such a great thing. He realized that we are all in the same boat. Human beings trying to live our best, maintain our resources, making a way for our children, in this humongous galaxy. The end of racism will be a beautiful day.

‘Today I made cornbread from milk and organic eggs, creating with a sensation of endless possibilities. A  Crock-Pot Manual slow cooker was used to  marinate spices until zenith. Eventually, the product was made. While eating it with smoked turkey, black eyed peas, and Glory Collard Greens, but I wasn’t sure.

With a full stomach, I sat back pleased. I couldn’t eat any dessert. Yet, I was satisfied. I pondered, if the beginning of a thing is better than the end? As I digested the situation further, I reached the end of a thing, which was eating to live- not living to eat.